The SHE Show Thrash Out – Home Working – Legal Liability … What a Grey Area!

What is The SHE Show Thrash Out all about?

We are proud to announce the launch of a new FREE online monthly series of webinars entitled The SHE Show Thrash Out. As the name suggests, this will be a frank, honest and open discussion on selected topics with our chosen conversationalists. Ultimately, we want all attendees to takeaway new thought patterns, inspiration, motivation, hints and tips to take on board and share with colleagues.

What will be discussed?

Many workers will have returned to their “normal” offices in coming months, but the idea of working from home has taken hold and seems likely to remain the norm for a significant percentage of desk-based jobs once the pandemic is past. Employers have been able to assess the benefits and drawbacks of homeworking during the lengthy lockdowns.

The economic and potential lifestyle advantages to employers and staff of ditching the daily commute are at the core of most discussions about homeworking, but less attention has been paid to the health and safety implications. Mark Scoggins along with fellow conversationalists will throw a light on some of the knottier questions arising such as: 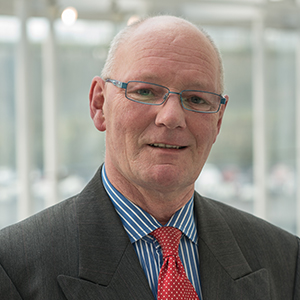 Graduate of Cambridge University. Solicitor Advocate (formerly barrister), based in the City of London since 1983. Principal practice is the defence of organizations and individuals in the construction, chemical, transport, waste, water and emergency services sectors in regulatory claims: particularly those involving health and safety, environmental damage and catastrophic personal injury or death. Represented Balfour Beatty’s civil engineering division in the Health & Safety Executive prosecution over the Heathrow Express tunnel collapse of 1994, and Thames Trains at the public inquiry into the October 1999 collision near Ladbroke Grove in which 31 people died; numerous health and safety, regulatory and environmental cases arising from a variety of operations including construction, pipelines, oil storage, highway maintenance, waste, firearms, fish farming, fire and explosion, flooding, pollution, drinking water supply, asbestos management, legionella, electrocution, confined spaces, intellectual property and EU public procurement. In 2003 handled the successful Old Bailey defence of Metropolitan Police Commissioner Sir John Stevens and his predecessor Lord Condon, in a five-week trial at the Old Bailey, on all ten charges brought against them by the HSE arising out of roof falls suffered by patrolling police officers.

Appointed by Balfour Beatty to advise on the October 2000 train derailment at Hatfield which claimed the lives of four passengers, in July 2005 during a six-month trial helped win the acquittal of its rail division on all corporate manslaughter charges it faced over the incident, and in July 2006 succeed in its appeal against sentence for admitted health and safety failings. Represented the Metropolitan Police Service in the health and safety prosecution brought to trial at the Old Bailey in October 2007 over the fatal shooting of Jean Charles de Menezes at Stockwell station in the aftermath of the failed London suicide bombings of 21 July 2005. 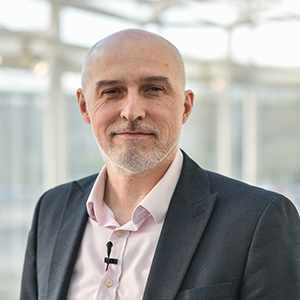 Duncan has worked in construction for over 30 years both operationally on site and as a health and safety professional. He has extensive experience in designing and implementing successful behaviour change within organisations and champions embracing a positive, inclusive and solution focused culture.

Mark attributes his work ethic to his time in the British Army and is passionate about making all working environments a healthy, safe and great place to be.

Following a successful 23 year career in the military travelling all over the world completing construction and civil engineering projects in conflict zones and disaster relief the natural progression was a career in construction, because of my nature to lead and protect, health and safety management became my chosen discipline.

After a number of years as a consultant Mark joined Willmott Dixon in 2005 to work as a part of the team at Head Office and very soon became the Group CHSEO.

I enjoy working with people and developing a further understanding how health and safety needs to embrace the changing digital arena in a rapidly changing workplace and how this brings continual improvement to a progressive business such as Willmott Dixon.

Health and safety is changing, moving away from process and procedures to make people the focus and catalyst for change. Everyone has a vital role to play in ensuring the health, safety and wellbeing of each other. 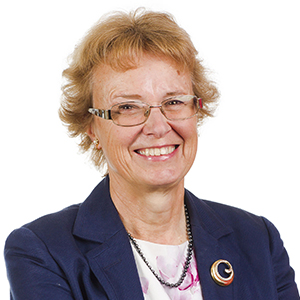 After achieving a first class BSc in Chemistry and an MSc in Pollution and Environmental Control, Shirley worked for the London Borough of Hillingdon in the Public Protection Department before embarking on a consultancy career in Health, Safety & the Environment.

Shirley subsequently went into private practice and was co-founder of Sypol, (a leading Health, Safety and Environmental consultancy) and S-Com (a Global Technology Recruitment company). She carried out consultancy work for over 25 years before founding Shirley Parsons Ltd in 2005, the specialist Global HSEQ recruitment company.

As a Chartered Member of IOSH, Shirley was elected to serve on the IOSH Nominations Committee for 6 years. Shirley has overseen Shirley Parsons Ltd, to become the number one provider for recruiting EHS and Risk Management professionals in the UK, Europe and the US. She has also broadened the scope of the business to provide professionals for executive level campaigns and has a vision to make Shirley Parsons Ltd “the go to organisation” for anything to do with EHS talent globally. Her philosophy is that “People do Business with People” and this philosophy runs throughout the company. Shirley and her team have built Shirley Parsons Ltd to employ more than 70 staff internationally.

This site uses Akismet to reduce spam. Learn how your comment data is processed.