The SHE Show Thrash Out – Sustainability and Social Value

The SHE Show Thrash Out: Sustainability and Social Value – People, Planet, Purpose, Profit

What is The SHE Show Thrash Out all about?

As the name suggests, this will be a frank, honest and open discussion on Sustainability and Social Value – People, Planet, Purpose, Profit. Ultimately, we want all attendees to takeaway new thought patterns, inspiration, motivation, hints and tips to take on board and share with colleagues.

Duncan Aspin, Director of HSEQS, VolkerStevin will facilitate the discussion, joined by the following conversationalists…

What will be discussed?

– How seriously and meaningfully does your organisation have an understanding of its Carbon footprint? And how do we create a plan to address it?

– At what level is sustainability reported into the organisation and is it owned? Do you think sustainability is truly core or is it still an annoying tag on inconvenience?

– What are the barriers to embedding People, Planet and Profit into your organisation?

– Sustainability is such a broad topic – how do you identify the priorities for your organisation to address?

– Sustainability isn’t something that one person or team can do, it needs to be part of everybody’s remit – so how can you embed sustainability into your business activities?

– People take a much greater interest in the sustainability credentials of businesses now and want to work for companies that take it seriously – how do you empower individuals to drive sustainability within your business?

– What ways of assessing your approach to, and performance within, sustainability do you currently use?

– How do you actively seek out new ideas of best practice from around the UK and globally to embed within your business?

– How effective is your current approach to sustainability in engaging with new clients or seeking to attract new team members to join your business?

Duncan has worked in construction for over 30 years both operationally on site and as a health and safety professional. He has extensive experience in designing and implementing successful behaviour change within organisations and champions embracing a positive, inclusive and solution focused culture. 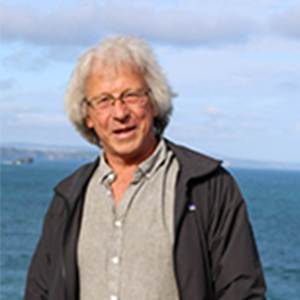 Chris has been working and campaigning for the environment for 30 years and revels in inspiring positive change.

He was a Co-founder and then Director of Surfers Against Sewage from 1990 till 2000. Regarded as “some of the Government’s most sophisticated environmental critics” by the BBC and “Britain’s coolest pressure group.” By the Independent, the SAS helped deliver massive environmental improvements. Chris was then Sustainability Director at the Eden Project for 5 years. This included conceiving and delivering “Waste Neutral”, an early version of the circular economy and helping embed the triple bottom line of sustainable business practice throughout the organisation. He’s been campaigning against ocean plastics since 1990! He’s given evidence to the UK parliament, the Monopolies and Mergers Commission, the European Commission, briefed the President of the European Parliament, been a special advisor to the Minister for the Environment and appeared on a wide range of media from BBC World Service and Panorama to CNN.

In 2008 he was awarded an MBE for “services to the environment” in the Queen’s Birthday Honours and an Honorary Doctorate of Science from the University of Plymouth. Surfers Path Inaugural Green Wave Award winner (a global award).

Has given presentations to a wide range of groups and organisations from BMW Guggenheim Future Lab to the Dutch Tax Office, Bombay Sapphire, Lonely Planet, the National Grid and the Global Surf Cities Conference and International Schools in the Hague and Geneva.

He now aims to deliver positive change by working with clients with a shared vision, including sitting on the BBC’s Sustainability Advisory Group.

Chris works on strategic planning, communications, leadership and embedding sustainability principles as part of a profitable business, and strongly believes that business can be a force for good in a challenging world.

Oh, and he still gets plenty of surfing in! 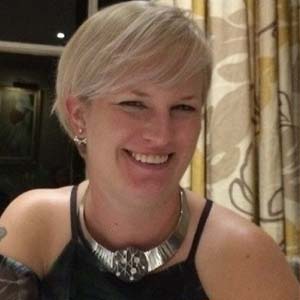 Lucinda has been an environmental specialist in the construction industry since 2004, following a Masters degree in Environmental Impact Assessment & Management. She is currently Head of Sustainability for VolkerStevin, having previously worked for Alfred McAlpine and Carillion as well as running her own environmental training consultancy.

As well as managing continuous improvement within the VolkerStevin business, Lucinda is actively involved in a number of forums and working groups within the wider industry and was one of the co-authors of the CECA (Civil Engineering Contractors Association) ‘Waste Classification and Permitting in Construction’ guidance.

Lucinda is an experienced trainer, a Chartered Environmentalist, CEEQUAL Assessor and Verifier and a CL:AIRE Code of Practice Qualified Person. She was shortlisted for the IEMA Sustainability Impact Awards 2019 in the ‘Sustainability Leader’ category.

Scott is a Partner at WWA, a construction and built environment consultancy who are the first Chartered Surveyors in the World to become an accredited B Corporation.  WWA have 7 offices across the UK, delivering cost consultancy, project management and a range of complementary services in the built environment.  Scott is the lead on the strategic development priorities within the company, including the comprehensive B Corporation accreditation which assesses business impact on the triple-bottom-line across People, Planet and Profit, and sets out a roadmap for future improvements both internally and externally.  In addition to the WWA B Corp delivery, Scott Co-Chairs the B Corp UK Built Environment Working Group and supports a number of sector bodies regionally.

Scott’s background and ongoing focus is in the delivery of large-scale regeneration and place shaping projects for Clients including local authorities, the higher education sector and in the private sector, as well as shaping public sector construction strategy and policy.  Previous projects have included the multi-award-winning Heartlands, where he was Programme Director from inception in 2005 to completion in 2012, and on into wider regeneration initiatives as well as low-carbon and smart-sector projects.  This cross-over between development, zero-carbon and electric vehicles has seen Scott lead on the WWA Solar Canopy and EV charging infrastructure product, being launched in 2021 as a new initiative of the business with national ambitions for roll-out.

This site uses Akismet to reduce spam. Learn how your comment data is processed.